A Green Christmas by Theodora Kroeber & Illus by John Larrecq 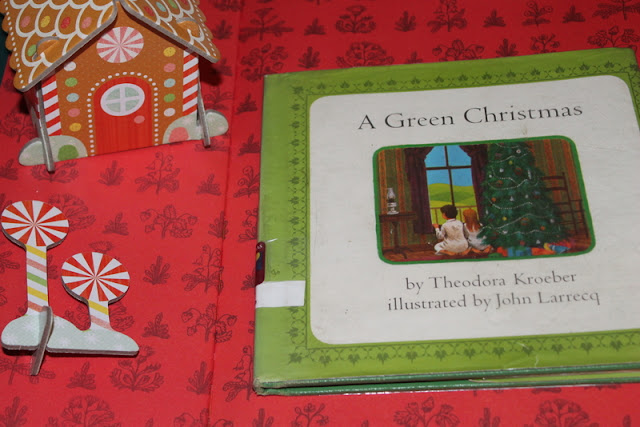 I found this sweet little book on the shelf in my library. It is definitely vintage, but such cute little pictures and a sweet story of parents trying to help their children transition to a new place and new landscape. 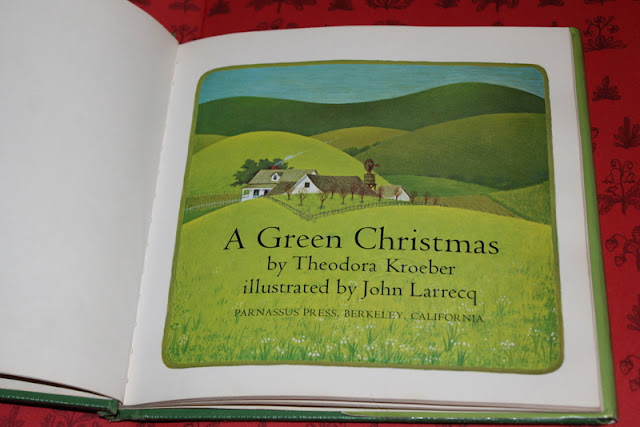 See? Cute pictures. And it is very green. 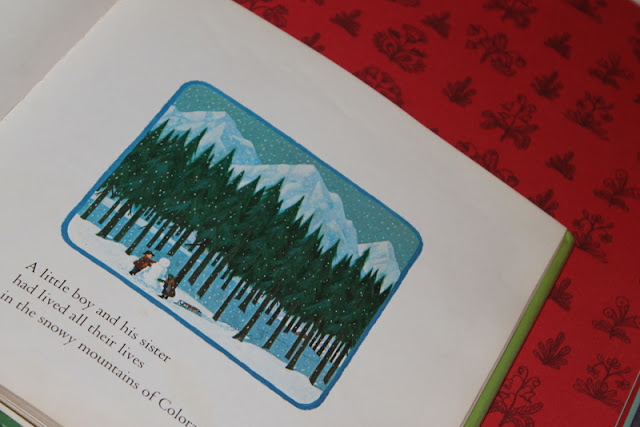 A little boy and his sister lived in the  mountains of Colorado. 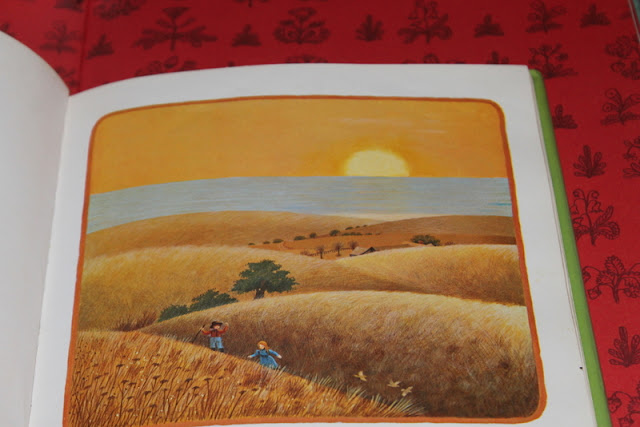 Until they moved to California with rolling brown hills and so much warm sunshine. 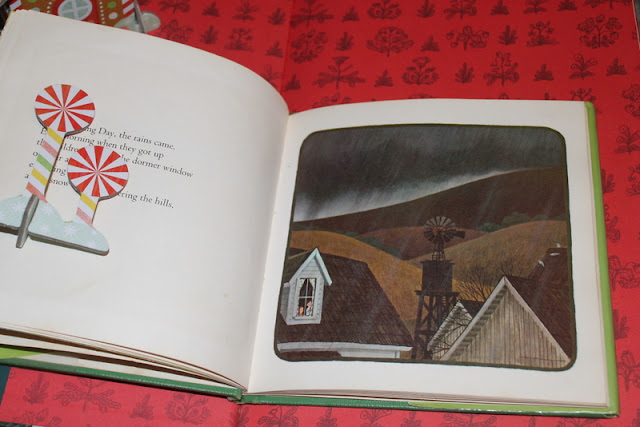 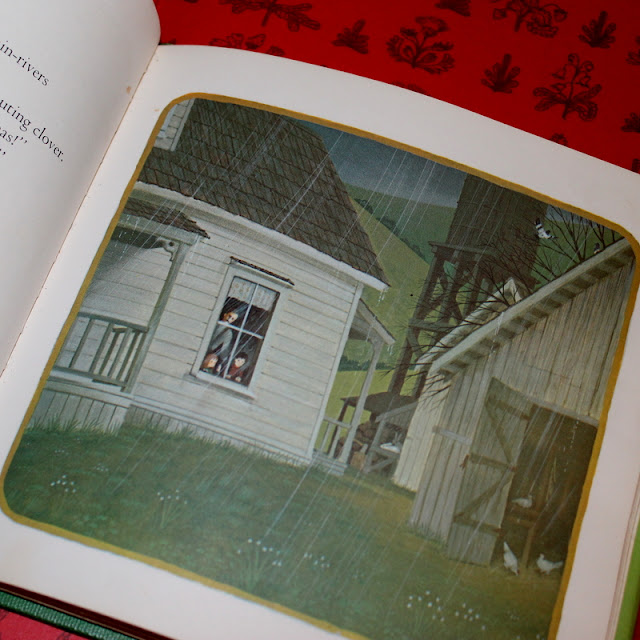 And so was Christmas. How could this be? How could Santa deal with green grass instead of snow?! 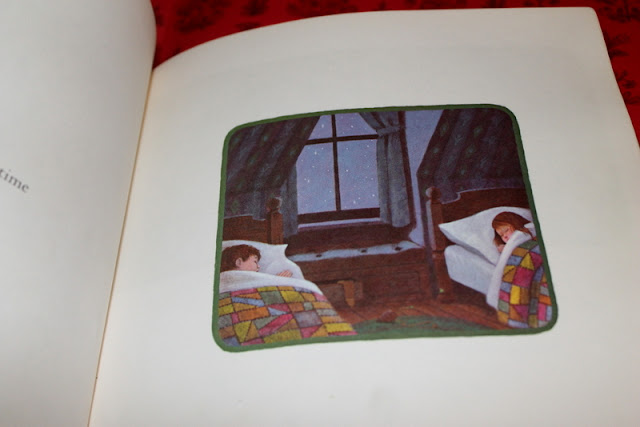 After assurances from their parents, the boy and his sister fall asleep. 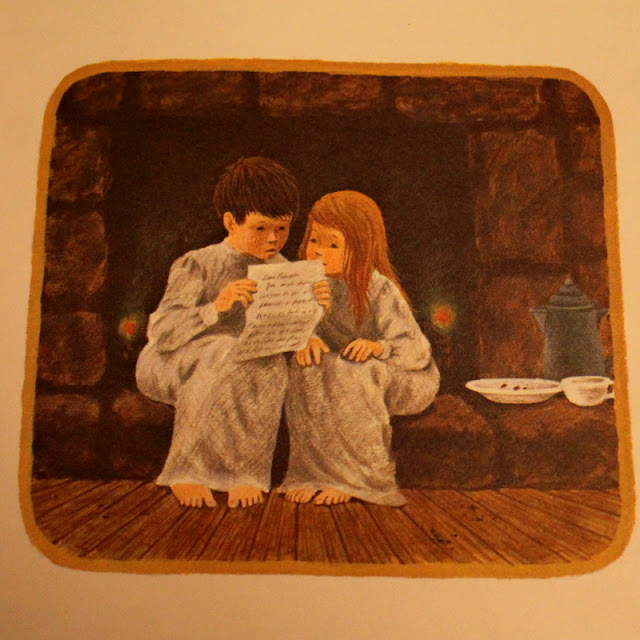 In the morning, before the sun is up, they quietly sneaked downstairs to see if Santa had really been there. And he had! And he left a note! 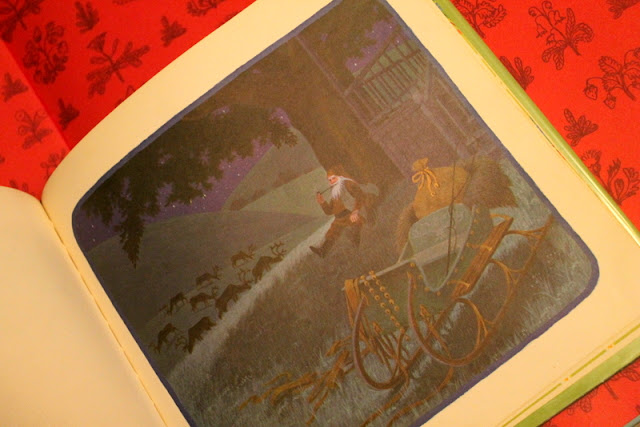 Santa told them how nice it was to let his reindeer graze for a little while on new clover after delivering all the presents. 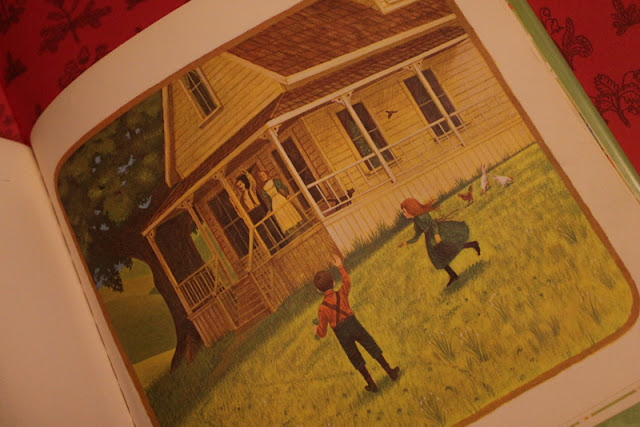 They ran outside to look for footprints and found sleigh runner marks and hooves. 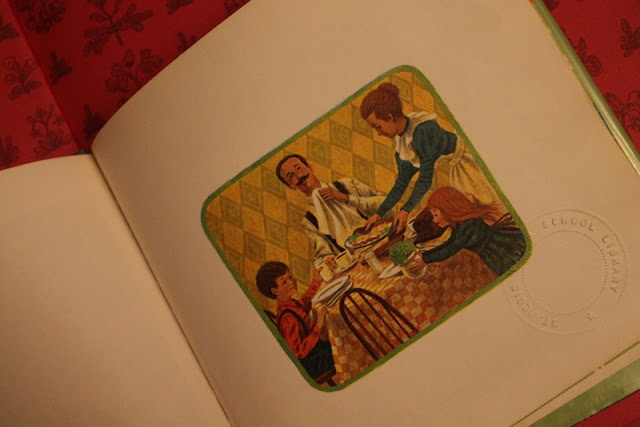 And it turns out that green Christmases can be lovely as well. 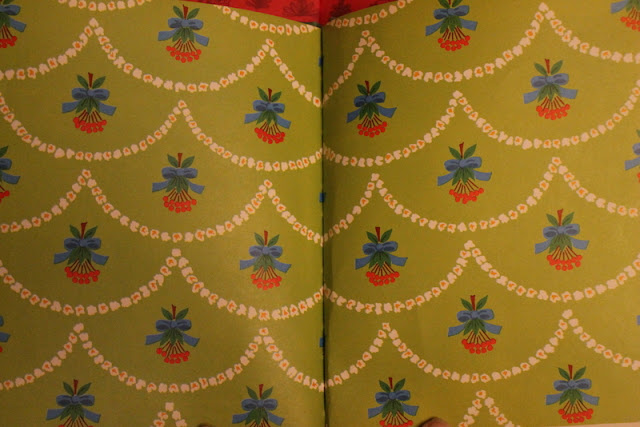